The Plow Is Coming 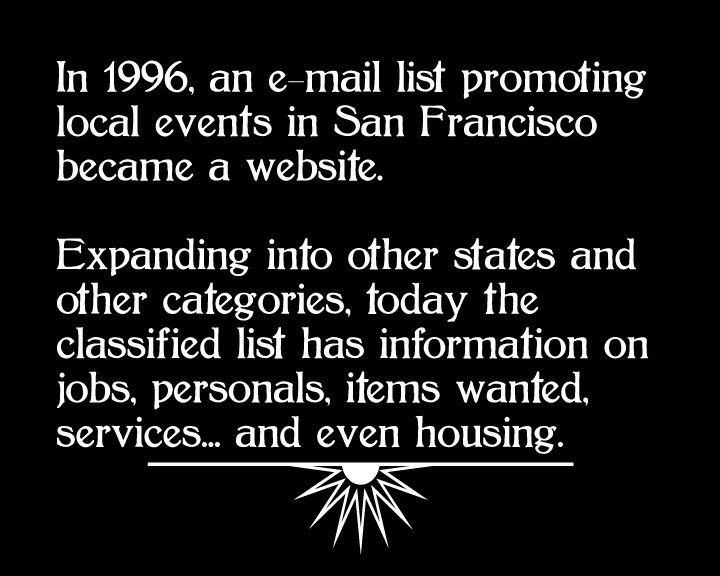 Well, Faika, it was another Winter’s day here in Connecticut, USA.

Connecticut. The Constitution State. The Land of Steady Habits. the Nutmeg State. 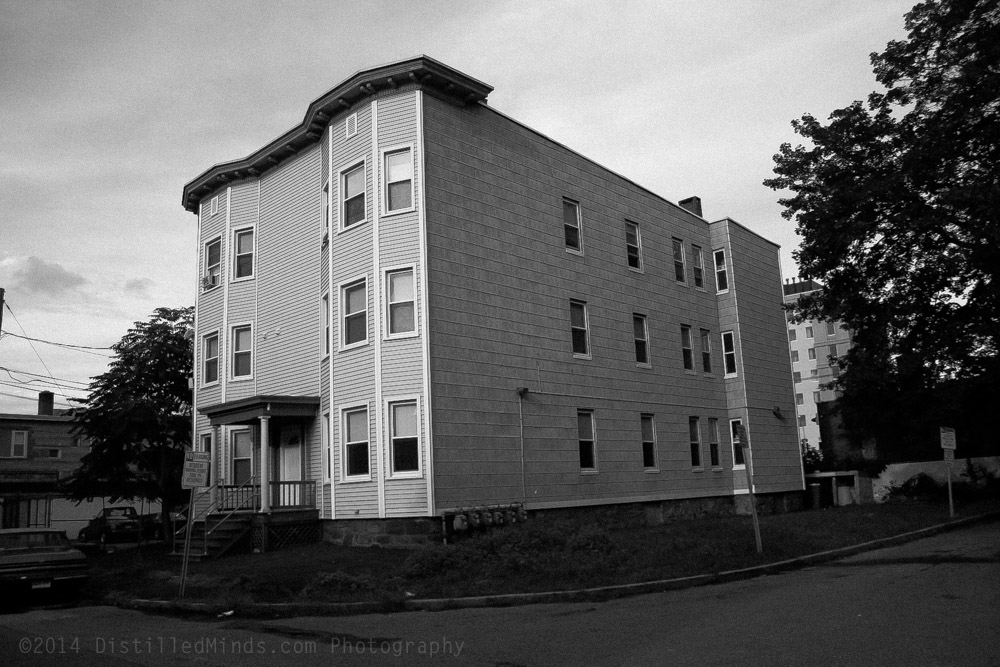 Chris lit up another cigarette, but I quit smoking and just poured myself a cup of tea.

I don’t mind it here, you understand, but Chris hates it. Well, maybe I’ve grown complacent.

Chris was moaning, “I’m sick of it, Ian, let’s get out of this deadbeat town, once and for all.”

I’ve heard it all before, Faika, so I just sipped my tea and waited to not be contacted while Chris kept talking.

“I’m telling you, Ian, I got our ticket outta this dump and into the big city.”

“Ah, quit whining, wouldja? You got eyes in your eyes, you’re eyestruck. What do you want to get out of here for, anyway?”

“It’s different for you, Ian, you’re from there, you don’t know what it’s like to be from somewhere that isn’t there. I wanna be from there!” 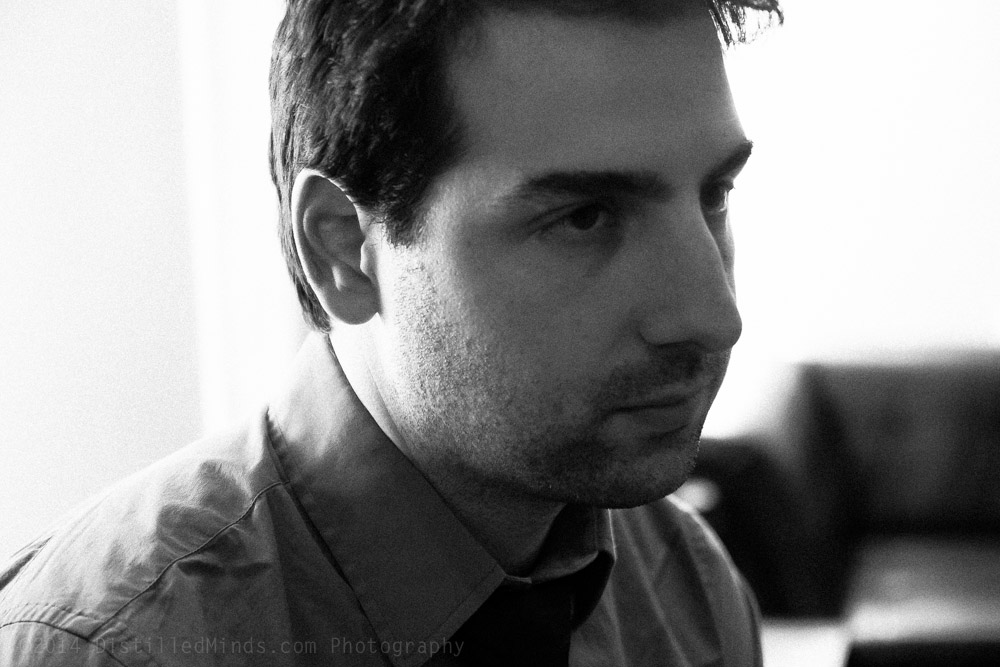 There are a lot of reasons to want to leave Connecticut, as its residents will tell you, whether they are PhD students in music theory or projectionists at a movie theater, and we sure had our fair share of those reasons, but it always comes back to the same thing: dames. This place just had too many dame memories for us now; it was haunted. Now, me, I can handle a good haunting (hell, I’m still finding menorahs in the couch), but Chris had developed a fear of trolls. I’m the complacent type, but if we didn’t get out of there soon, Chris’ troll-sweats and night terrors were going to start bothering me, too. 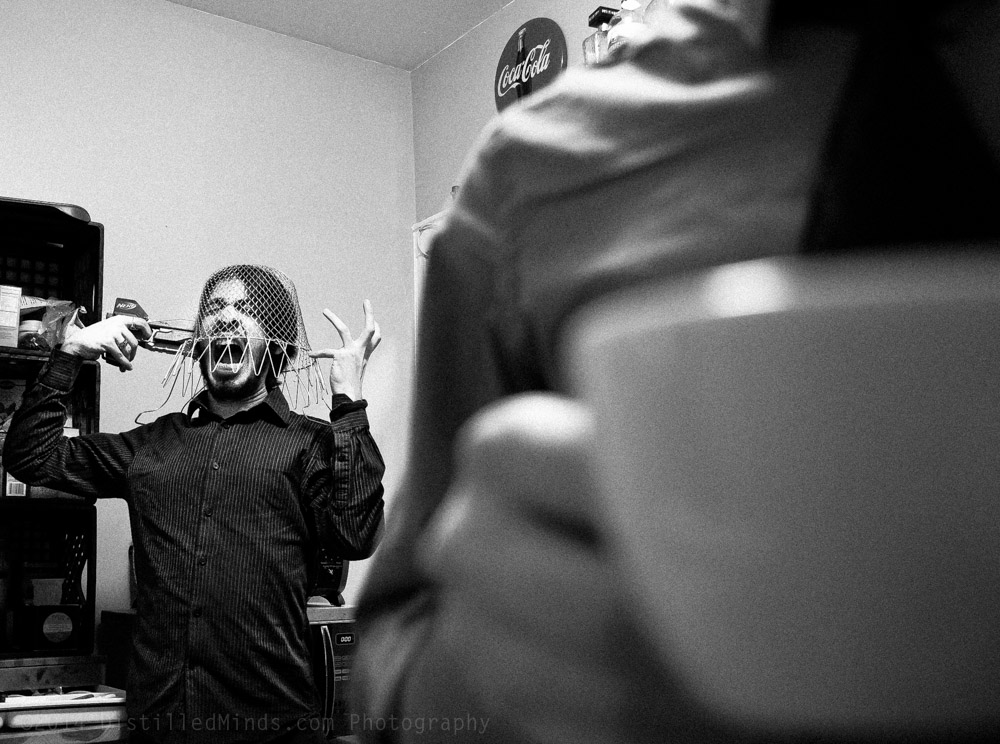 I sipped my tea and listened to the phone’s silence to drown out Chris’ Chrisness, but he just kept going. 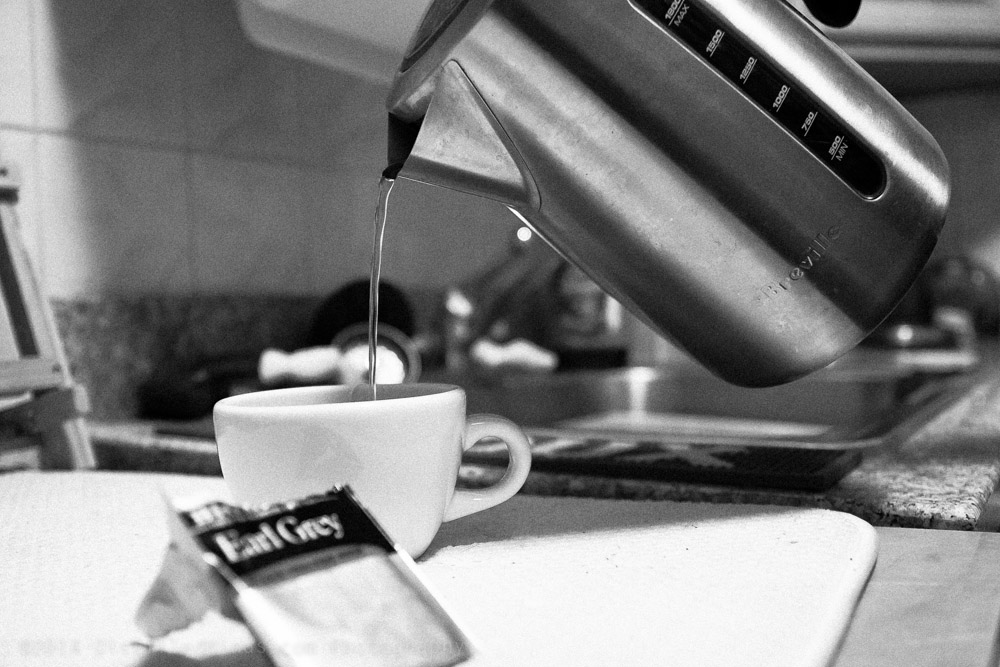 “One day, we’ll get out of this lousy town, you’ll see. I hear that in the city, the streets are paved with coffee, and the walls are made from coffee. They got cars big as coffee, and rivers of coffee! The coffee never closes in New York City, Ian!”

“Maybe some sights need to be smelled, man!”

“You’re not making any sense.”

“You’re not making any sense!”

“Let me pour you a cuppa coffee, kid. Steady your nerves.”

Chris lit another cigarette, and I quit smoking again. I got up and poured a cup of coffee for Chris and another cup of tea for myself. I like my women like Chris takes his coffee, strong, black, and bitter. Chris likes his women like I take my tea, hot, Irish, and tied up in a cotton bag. 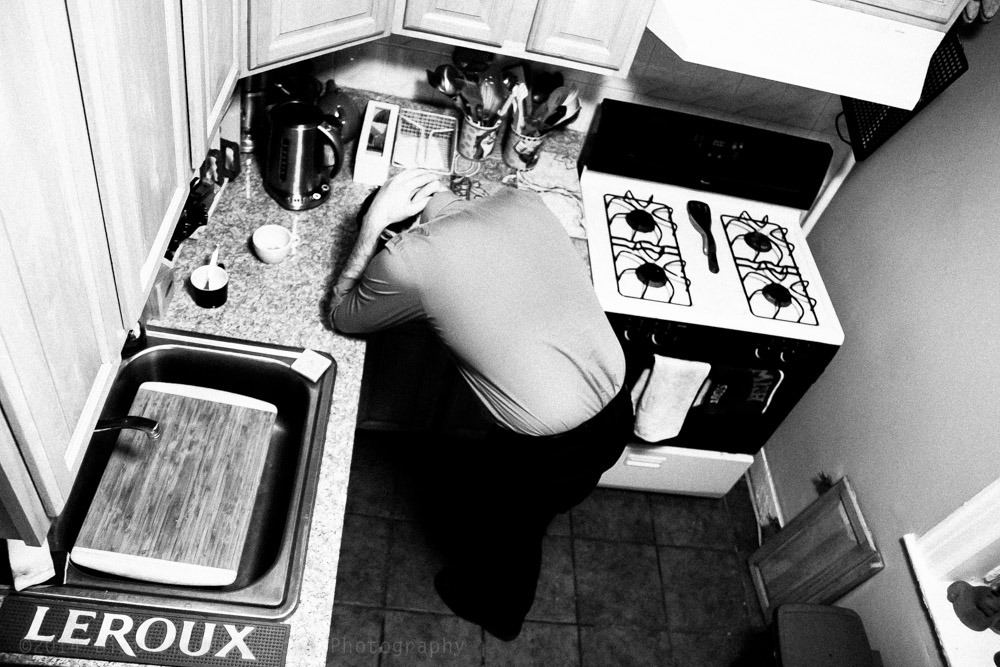 I won’t lie to you, Faika, maybe I’d grown fond of the seclusion of the old Provisions State. It could be almost monastic, sometimes. Sure, MC Hammer and Blind Melon would come and make their noise once in a while, but the rest of the time it was silent as the grave. And not one of those graves where they have monster parties. A sad, empty grave. Now maybe our neighboring New Yorkers and Bay Staters have an aversion to the Mediocre State, maybe they stay away out of fear and respect, but most of the visitors to Distilled Minds Laughtective Agency over the last seven years have been from Mississippi, Las Vegas, or Belgium, and I wasn’t all that keen to trade a town where nobody knew us for one where nobody liked us.

The phone would not stop not ringing, I couldn’t stop not having a secretary, and I couldn’t just tell Chris to “ignore that, would you, sweetheart?” I must have zoned out, because Chris was still at it, waving a scrap of paper in my face. 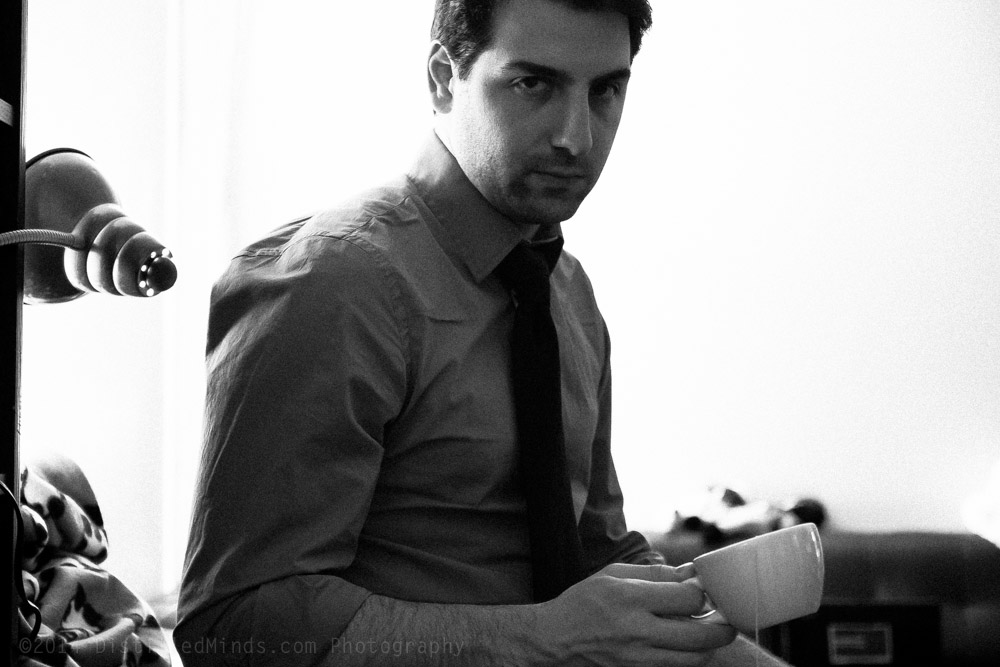 “This! this is our ticket outta here! I know it!”

“From Craig. I thought maybe you could read it.”

I snatched it from his hands and looked it over, “it’s in Chinese.” I quit smoking again.

“What are you trying to say, Ian?” “It’s all in Chinese except for these numbers. They look like,” I squinted, “phone numbers, and an address.”

Chris took the paper back from me, “Gee, do you think they could be phone numbers and an address?”

“No, kid, they’re probably just phone numbers and an address.”

“Why don’t you check it out, though. It could be a lead. Maybe these Chinese need some laughs.”

Chris was pretty happy. “Yeah? You want me to look into it?”

He didn’t wait for me to answer before he ran out, full of excitement, and splashing coffee everywhere. 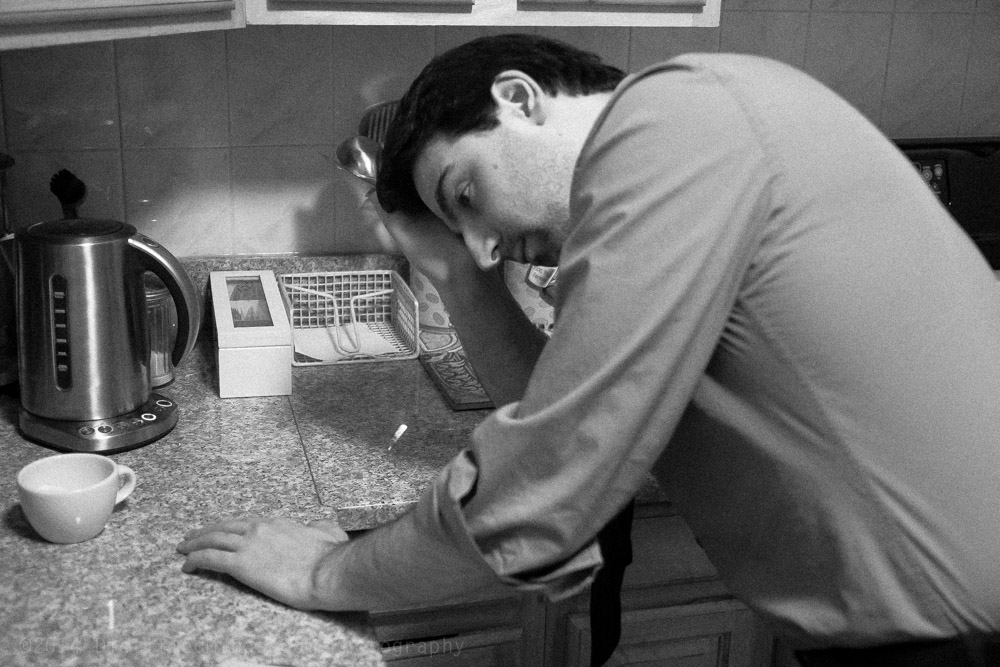 There isn’t much more to tell, truth be truthed. Turned out the Chinese owned a building in New York, and they knocked the rent down a little for us in exchange for some laughs. We hired a couple of young guys to move us in on February 1st, and now we’re here. Wish I could tell you it was any different, Faïka, but it’s just another neighborhood, with the same amount of coffee as any other in the northeast United States. Nothing’s really changed. I’m just kidding, this place is awesome. We love it here. Chris’ troll-sweats have been replaced by city-sweats, and I haven’t had to quit smoking again in two months.

John Updike said that “the true New Yorker secretly believes that people living anywhere else have to be, in some sense, kidding,” but, Faika, John was wrong. Those people aren’t kidding. They are serious. And Chris says has decided to help them. Probably by force.

Wish we could show it to you, it kicks ass. 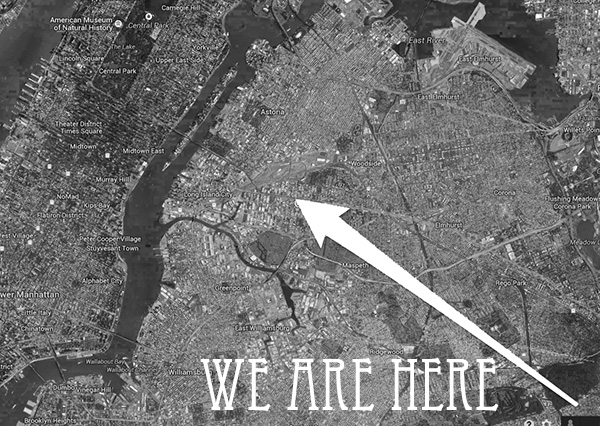